Preparation
accept that you will do it...

get ready, repeat what you know, research

Incubation
let it rest, your mind is at work:
take a shower, a nap, a walk, exercise

Intimation/inspiration
feel it coming:
get in position, sketch, take notes

Illumination
you know, it is there: work is easy

Verification
check: does it work, is it any good?

get to know your own process

two concepts, get one free

As a homework assignement the students were asked to make four a4 square drawings using only one of the concepts. They could use pencil, crayon or marker.

This turned out harder then expected. When (most of them) handed in their homework there were many misunderstandings. Not the required size, not the required material, but, mostly: not the conept. Stick to the plan, even when it is only one simple rule, is difficult

But it is the simplicity that makes it clear how many ways there are to do one thing. This is the great thing of a concept. Instead of being rigid it opens up a mnyfold of subtle and distint variations. As well it shows your most important asset when drawing: your handwriting.

The next step will be connecting the sheets in the middle: using the concepts form both sides to make a new drawing in the middle. Quite a complex challenge! 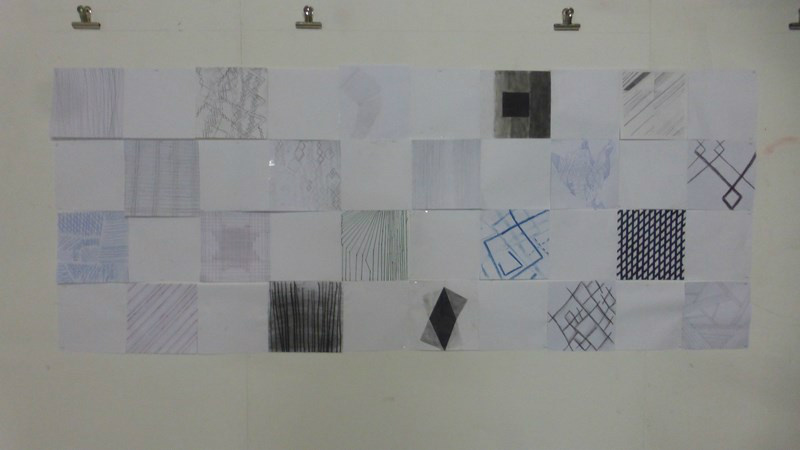 form every four drawings one was picked. Here we are on two third of the final result.

working with a concept

How to work with concepts rather then with ideas? A difficult task for the budding artist. Ideas are easy. They just come up and give this tinkly feeling: ooh, clever, funny, witty! And have this effect of Case Closed. Point Made.

In analogy to language the idea is the pun, the joke. Whereas a concept is more like the proverb. It gives you something to act up on. It is like a red thread that you can go back on in every stage of the process.

A concept is based on analysis, experience and reflection. It is something to depart from, rather then the final problem solved effect of the idea. To find a concept takes patience. But also empathy and sometimes idealism.

The most difficult part of a concept however is sticking to it. Diversions, short cuts, Ideas, all kind of things take you away form the starting point. It takes guts to stick to the plan, because the results are not immediately pleasing. Controversial even. As well, other choices are more easy, faster, cheaper. You are being 'difficult' if you insist having it the 'right' way.

Sticking to the plan though is often the only thing that is the difference between the amateur and the artist. Between a mediocre work and a memorable attempt. Sometimes even conceptual works are milestones. But that often happens later. Because that is also something great concepts have in common. They are ahead of their time.

conceptual artists featuring in our lecture of nov 18th 2015 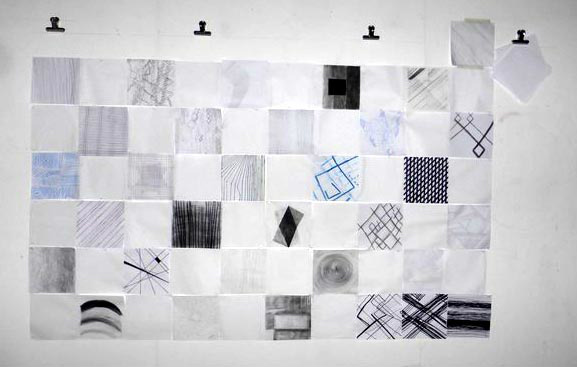 final result home work. Waiting for the next step: connecting to your neighbour.