The future: relation or transaction? 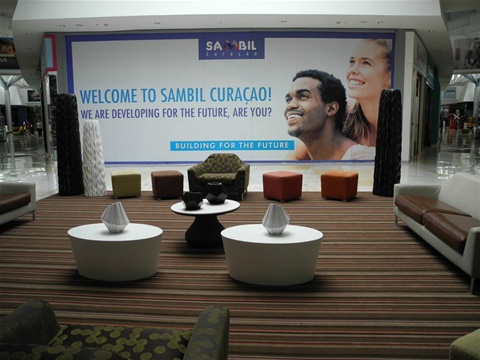 The students were invited to the award ceremony in Sambil of a coffee drawing competition they participated in.  We took advantage of this opportunity by doing a public class on location. The topic was getting to know your relational vocabulary.

Sambil is a shopping mall that has  opened only recently. It is part of the Sambil chain of shopping malls. It is a conglomerate of companies belonging to Gustavo Cisneros, the second richest man in South America, and the richest in Venezuela. Among the companies in the conglomerate are opposition channel Venevision, Coca-Cola Femsa, and the Miss Venezuela Pageant.

Sambil Curacao was one of the big promises for the future of Curacao made in the 2011 election campaign by Gerrit Schotte. He won the election, but rezined after allegationa of fraud. He is still part of the parlement and is expected to win the next elections in 2016. There is a trial pending against him.

Sambil is the first big shopping mall on Curaçao. To sensitize the students to these kind of public spaces we ask them to do a little rresearch. We explain to them the difference between social relations, transactions and rules and ask them to map the space with these terms.

public space: WE THE DOCTOR 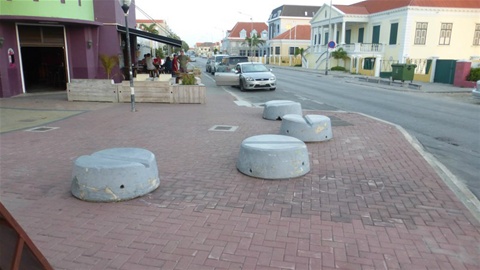 When walking through Willemstad all of sudden we noticed big pills lying by the side of the road. An artwork? They turned out to be big concrete public seats. And a perfect  subject for a project.

After the seminar teacher MJ wanted to continue on the topic of we and the public space so we introduced the pills as a starting point for students to work on.